Study Finds That State Crime Labs Are Paid Per Conviction:

Study Finds That State Crime Labs Are Paid Per Conviction

The cognitive bias problem in state crime labs. This is the bias that can creep into the work of crime lab analysts when they report to, say, a state police agency, or the state attorney general. If they’re considered part of the state’s “team” — if performance reviews and job assessments are done by police or prosecutors — even the most honest and conscientious of analysts are at risk of cognitive bias. Hence, the countless and continuing crime lab scandals we’ve seen over the last couple decades. And this of course doesn’t even touch on the more blatant examples of outright corruption.

In a new paper for the journal Criminal Justice Ethics, Roger Koppl and Meghan Sacks look at how the criminal justice system actually incentivizes wrongful convictions. In their section on state crime labs, they discover some astonishing new information about how many of these labs are funded.

Funding crime labs through court-assessed fees creates another channel for bias to enter crime lab analyses. In jurisdictions with this practice the crime lab receives a sum of money for each conviction of a given type. Ray Wickenheiser says, ‘‘Collection of court costs is the only stable source of funding for the Acadiana Crime Lab. $10 is received for each guilty plea or verdict from each speeding ticket, and $50 from each DWI (Driving While Impaired) and drug offense.’’

In Broward County, Florida, ‘‘Monies deposited in the Trust Fund are principally court costs assessed upon conviction of driving or boating under the influence ($50) or selling, manufacturing, delivery, or possession of a controlled substance ($100).’’

Several state statutory schemes require defendants to pay crime laboratory fees upon conviction. North Carolina General Statutes require, ‘‘[f]or the services of’’ the state or local crime lab, that judges in criminal cases assess a $600 fee to be charged ‘‘upon conviction’’ and remitted to the law enforcement agency containing the lab whenever that lab ‘‘performed DNA analysis of the crime, tests of bodily fluids of the defendant for the presence of alcohol or controlled substances, or analysis of any controlled substance possessed by the defendant or the defendant’s agent.’’

Similar provisions exist in Alabama, New Mexico, Kentucky, New Jersey, Virginia, and, until recently, Michigan. Other states have broadened the scope even further. Washington statutes require a $100 crime lab fee for any conviction that involves lab analysis. Kansas statutes require offenders ‘‘to pay a separate court cost of $400 for every individual offense if forensic science or laboratory services or forensic computer examination services are provided in connection with the investigation.’’
In addition to those already listed, the following states also require crime lab fees in connection with various conviction types: Arizona, California, Missouri, Tennessee, and Wisconsin.

Think about how these fee structures play out in the day-to-day work in these labs. Every analyst knows that a test result implicating a suspect will result in a fee paid to the lab. Every result that clears a suspect means no fee. They’re literally being paid to provide the analysis to win convictions. Their findings are then presented to juries as the careful, meticulous work of an objective scientist.

Over 1,500 farmers in the Indian state of Chattisgarh committed suicide. The motive has been blamed on farmers being crippled by overwhelming debt in the face of crop failure:

over 1,500 farmers in the Indian state of Chattisgarh committed suicide. The motive has been blamed on farmers being crippled by overwhelming debt in the face of crop failure.

While many may have been shocked by these deaths, farmer suicides in India, and increasingly across the world, are not new. Crop failure may have pushed farmers over the edge, but American companies have been leading them to the cliff for years. Bharatendu Prakash, from the Organic Farming Association of India, told the Press Association:

Farmers’ suicides are increasing due to a vicious circle created by money lenders. They lure farmers to take money but when the crops fail, they are left with no option other than death.

…The death of this respected farmer (Shankara Mandaukar) has been blamed on something far more modern and sinister: genetically modified crops. Shankara, like millions of other Indian farmers, had been promised previously unheard of harvests and income if he switched from farming with traditional seeds to planting GM seeds instead.

Oh yes, the promise of feeding the poor of every country via genetically-modified (GM) seeds. This approach to dealing with worldwide hunger and poverty is touted by the United Nations, NAFTA, and the US government. And as the Daily Mail article later notes, “pro-GM experts claim that it is rural poverty, alcoholism, drought and ‘agrarian distress’ that is the real reason for the horrific toll.” While poverty and drought have likely contributed somewhat to poor harvests, leading the farmers to stress about their family and land, the mass suicides might have more to do with the bank loans sometimes totaling $3,000 US that these farmers have to take out in order to buy Monsanto’s (the leader in GM) seeds. The way Monsanto approaches these farmers reminds me of 19th century snake oil salesman:

The salesmen tell farmers of the amazing yields other Vidarbha growers have enjoyed while using their products, plastering villages with posters detailing “True Stories of Farmers Who Have Sown Bt Cotton.” Old-fashioned cotton seeds pale in comparison to Monsanto’s patented wonder seeds, say the salesmen, as much as an average old steer is humbled by a fine Jersey cow.

Farmers have traditionally used seeds year after year and rotated their crops in order to get the most benefit from the land. Monsanto’s seeds, on the other hand, have to be paid for every year in order to “re-license” the seeds, sinking them deeper into debt. And oh, yeah, most of these seeds are “Terminator” seeds, which means they don’t actually produce viable seeds of their own.  Farmers throughout the world are dealing with these issues.

6 Government Surveillance Programs Designed to Watch What You Do Online:

6 Government Surveillance Programs Designed to Watch What You Do Online

President Eisenhower was right on point about the military-industrial complex, but he could not have predicted the emergence of the massive surveillance state — combining the government and private sector — that bolsters it. Sadly, neither President Obama nor his Republican challenger, Mitt Romney, has the desire or moral courage to fight the growing power and influence of the Corporate Security State. We are witnessing the integration of spying on two levels, the government level (federal, state and local) and the corporate level (via telecom providers, web services and credit card companies). If you are a user of Facebook, Twitter, LinkedIn, YouTube, Craigslist or another popular site, the U.S. security state is watching you. An increasing number of federal agencies are employing sophisticated means to monitor Americans’ use of social networking sites. Federal entities from the National Security Agency (NSA) and the Defense Department to the Department of Homeland Security (DHS) to even the Internal Revenue Service (IRS) are involved in developing programs to track the American public online. Here is a brief summary of some of the other programs:

1. Justice Department. The Electronic Frontier Foundation (EFF) released a report from the DOJ’s Computer Crime and Intellectual Property section, “Obtaining and Using Evidence from Social Networking Sites,” that describes how evidence from social networking sites can reveal personal communications that might help “establish motives and personal relationships.” It reports that monitored data from such sites can provide location information and “prove and disprove alibis.” Perhaps most illuminating, it advises agents that “going undercover” on social media sites can enable law enforcement to communicate with suspects and targets, gain access to nonpublic information and map social relationships. The DOJ document notes that Twitter retains the last login IP address, but does not preserve data unless legally required to do so.

2. The IRS uses a variety of social media sites like Facebook, Google, Twitter, MySpace, YouTube and Second Life to investigate taxpayers. It seems to have started this practice in 2009, providing agents with special training on social networking. The EFF posted the IRS’ 38-page training that offers detailed tips to agents on how to conduct searches, locate relevant taxpayer information, narrow down and refine results.

3. The Office of the Director of National Intelligence is seeking a tool that integrates all online information, including web searches, Wikipedia edits and traffic webcams.

4. The Defense Department has solicited proposals through DARPA for a $42 million “Social Media Strategic Communications” (SMISC) program, a tool that tracks social media and weeds out information. It has set four goals for the project: (i) to detect, classify and measure the development of ideas, concepts in hidden social media messages; (ii) specify the structure of the campaign and influence in social media sites and the community they create; (iii) identify the participants and intention in conducting a social media campaign of persuasion and measure its effect; and (iv) develop an effective counter-message to an identified campaign carried out against the enemy.

5. The FBI is soliciting a bid for a program that seems very similar to the DHS social-network monitoring program. Dubbed the “FBI Social Media Application,” the program would have “[the ability] to rapidly assemble critical open source information and intelligence … to quickly vet, identify and geo-locate breaking events, incidents and emerging threats.” 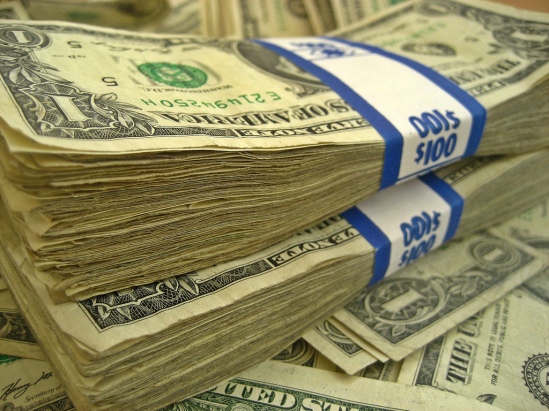 Life insurance giant MetLife Inc. will shell out nearly $500 million to settle a multi-state probe into its alleged failure to pay death benefits to beneficiaries.  The company said it will pay out about $438 million over the next 17 years, with $188 million going out to beneficiaries this year. Insurance regulators from dozens of states have accused the company of delaying or withholding life insurance payments to many of its policyholders.  About $40 million of that will likely end up in California, said State Controller John Chiang. The funds will either be sent on to beneficiaries of deceased MetLife policyholders or stored in state coffers as unclaimed property.  More than 30,000 California-based MetLife policies are affected, each with an average cash value of $1,200, Chiang said in a statement. MetLife will also cover states’ costs of finding beneficiaries and sending them the benefits overdue to them.  The agreement will “make it clear that if the industry isn’t willing to make the payments legally required, we will take action, including lawsuits, to compel them to do right by their customers,” Chiang said in a statement.  MetLife failed to properly use the Social Security Administration’s database of deceased individuals, known as the “Death Master File,” according to a joint investigative hearing held by Chiang and California Insurance Commissioner Dave Jones in May.  Regulators concluded that when MetLife was aware of policyholders who passed away, it often didn’t make payments to beneficiaries. And when benefits went unclaimed after several years, Chaing’s office  said, MetLife did not forward on the funds to the State Controller’s office as required by law.  As part of Monday’s settlement, the company has also agreed to reform its benefits payment process, promising to conduct a thorough search for beneficiaries while also attempting to reconnect with policyholders over age 90.  MetLife said in a statement that it paid out about $12 billion in life insurance claims last year, with 99% of claims submitted by beneficiaries. The company said that policyholder deaths that don’t involve a claim are a “small proportion” of the total.  It also said it launched a website to help customers find their policies.  Last year, Chiang struck similar settlements totaling more than $40 million with Manulife Financial Corp.’s John Hancock business and Prudential Financial Inc. Monday’s settlement includes states such as Illinois, Florida, New Hampshire, North Dakota and Pennsylvania.