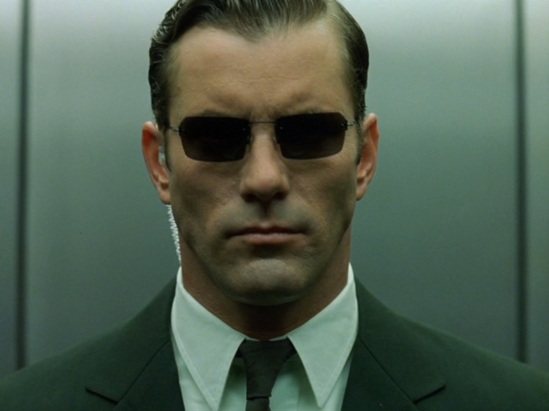 A major scientific study identified a number of companies with outsized control over a huge portion of the earth’s economy.

IN 2011, New Scientist reported that a scientific study on the global financial system was undertaken by three complex systems theorists at the Swiss Federal Institute of Technology in Zurich, Switzerland. The conclusion of the study revealed what many theorists and observers have noted for years, decades, and indeed, even centuries: “An analysis of the relationships between 43,000 transnational corporations has identified a relatively small group of companies, mainly banks, with disproportionate power over the global economy.” As one of the researchers stated, “Reality is so complex, we must move away from dogma, whether it’s conspiracy theories or free-market… Our analysis is reality-based.” Using a database which listed 37 million companies and investors worldwide, the researchers studied all 43,060 trans-national corporations (TNCs), including the share ownerships linking them. The mapping of ‘power’ was through the construction of a model showing which companies controlled which other companies through shareholdings. The web of ownership revealed a core of 1,318 companies with ties to two or more other companies. This ‘core’ was found to own roughly 80% of global revenues for the entire set of 43,000 TNCs. And then came what the researchers referred to as the “super-entity” of 147 tightly-knit companies, which all own each other, and collectively own 40% of the total wealth in the entire network. One of the researchers noted, “In effect, less than 1 per cent of the companies were able to control 40 per cent of the entire network.” This network poses a huge risk to the global economy, as, “If one [company] suffers distress… this propagates.” The study was undertaken with a data set established prior to the economic crisis, thus, as the financial crisis forced some banks to die (Lehman Bros.) and others to merge, the “super-entity” would now be even more connected, concentrated, and problematic for the economy. The top 50 companies on the list of the “super-entity” included (as of 2007):

In the United States, five banks control half the economy: JP Morgan Chase, Bank of America, Citigroup, Wells Fargo, and Goldman Sachs Group collectively held $8.5 trillion in assets at the end of 2011, which equals roughly 56% of the U.S. economy. This data was according to central bankers at the Federal Reserve. In 2007, the assets of the largest banks amounted to 43% of the U.S. economy. Thus, the crisis has made the banks bigger and more powerful than ever. Because the government invoked “too big to fail,” meaning that the big banks will be saved because they are very important, the big banks have incentive to make continued and bigger risks, because they will be bailed out in the end. Essentially, it’s an insurance policy for criminal risk-taking behaviour. The former president of the Federal Reserve Bank of Minneapolis stated, “Market participants believe that nothing has changed, that too-big-to-fail is fully intact.” Remember, “market” means the banking cartel (or “super-entity” if you prefer). Thus, they build new bubbles and buy government bonds (sovereign debt), making the global financial system increasingly insecure and at risk of a larger collapse than took place in 2008. When politicians, economists, and other refer to “financial markets,” they are in actuality referring to the “super-entity” of corporate-financial institutions which dominate, collectively, the global economy. For example, the role of financial markets in the debt crisis ravaging Europe over the past two years is often referred to as “market discipline,” with financial markets speculating against the ability of nations to repay their debt or interest, of credit ratings agencies downgrading the credit-worthiness of nations, of higher yields on sovereign bonds (higher interest on government debt), and plunging the country deeper into crisis, thus forcing its political class to impose austerity and structural adjustment measures in order to restore “market confidence.” This process is called “market discipline,” but is more accurately, “financial terrorism” or “market warfare,” with the term “market” referring specifically to the “super-entity.” Whatever you call it, market discipline is ultimately a euphemism for class war.