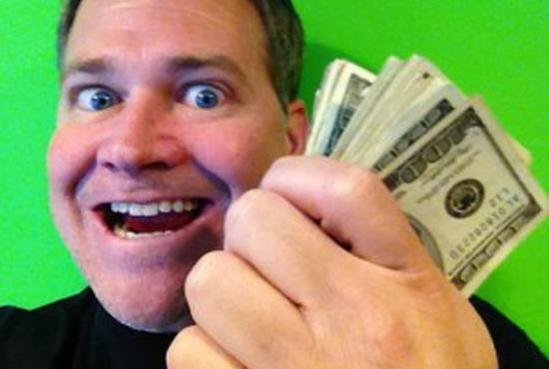 Brian Dunning Sentenced to 15 Months in Prison for Fraud

Brian Dunning, creator of the Skeptoid podcast and the world’s worst “science” rap video, pled guilty to wire fraud that had allowed him to collect more than $5 million. Sentencing has finally occurred, and the result is 15 months in prison starting on September 2, 2014, followed by three years of supervised release.

This is great news for the skeptic community at large, since it may be a long enough sentence for Dunning to fade from memory and stop publicly representing the very people who are supposedly trying to stop people from defrauding others.

Meanwhile, this case had brought to light an actual skeptical activist who appears to be smart, hilarious, and actually effective at stopping frauds: Assistant United States Attorney David R. Callaway. In the government’s sentencing recommendation to the court last week, Callaway* argued beautifully against the idea that Dunning deserves to be insulated from the consequences of his actions, saying that “There is no “Get out of Trauma Free” card for white-collar criminals or, unfortunately, their families.” In fact, Callaway argues that Dunning should be punished harshly in part because his crime wasn’t motivated by desperate need:

The crime in this case was motivated by pure greed….This was no “smash and grab,” motivated by poverty, hunger, or substance abuse, but rather a clever, sophisticated, calculated criminal scheme carried out over several years by a man who certainly had no pressing need for the money.

Callaway then cites scientific evidence suggesting that harsh sentencing for “white-collar” criminals may present a greater deterrence than “blue-collar” crimes, which tend to be more spontaneous crimes of passion compared to the pre-meditation of something like wire fraud.

Callaway points to Dunning’s “celebrity” in the skeptical community as a further reason to punish him harshly (emphasis mine):

The enhanced deterrence value of a prison term would be all the greater in Mr. Dunning’s case, as he is at least somewhat of a “public figure” by virtue of his podcast, “Skeptoid: Critical Analysis of Pop Phenomena,” which he claims has a weekly audience of 179,000 listeners. Mr. Dunning has written five books based on the podcast, and he even has a “rap” video.

On the plus side, this prison sentence could potentially do wonders for Dunning’s rap career. But let’s hope not.